A nearly extinct species is slowly reintroduced into the wild, where they play a key role in the natural ecosystem. 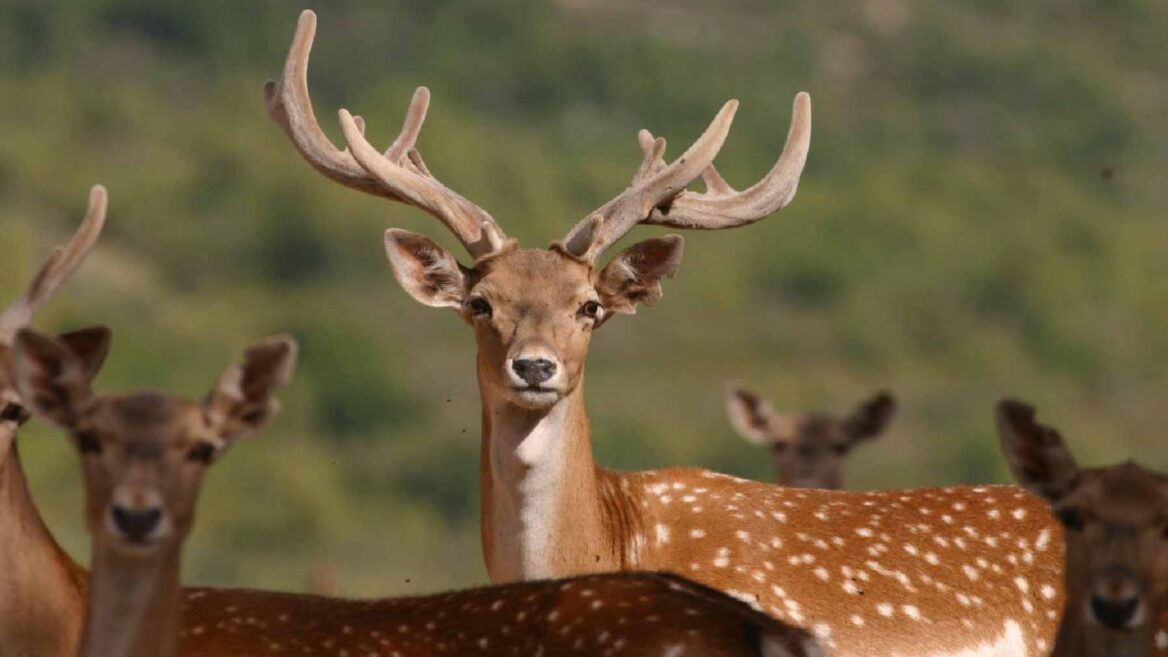 Persian fallow deer are reintroduced to Israel after previously disappearing from it in the late 19th century. Photo by Dotan Rotem/INPA

Once upon a time, Persian fallow deer roamed freely across the Land of Israel. But by the end of the 19th century, rampant poaching led them to disappear from the local landscape. A few decades later they also vanished from their habitat in Iran, leading experts to believe they were extinct.

Then, in the 1950s, a small herd was discovered in southwestern Iran, and a few deer were transported to a zoo in Germany to be bred. A couple of decades later, two deer couples were brought to Israel, together with six female deer on the last flight from Tehran to Tel Aviv at the outbreak of the Islamic Revolution.UNCOVER ISRAEL – Get the ISRAEL21c
Weekly Edition free by emailSign Up Now!

One of the males from Germany didn’t survive, but the rest did, laying the foundation to what is today a population of between 200 and 250 Persian fallow deer that can once again call Israel home.https://www.youtube.com/embed/Nipt9Lo-71I?feature=oembed&wmode=opaque&autohide=1&showinfo=0

The deer were bred in the Hai-Bar Carmel Nature Reserve, and in 1996 the Israel Nature and Parks Authority began reintroducing some of them to their natural surroundings.

The big question, however, was what exactly these surroundings were.

“There was a difficult deliberation,” recounts Dr. Amit Dolev, head ecologist of the northern region in the Israel Nature and Parks Authority.

Back in the day, the deer in Israel lived in groves scattered across the land. In Iran, they were found in a desert area bordering a river. The experts eventually decided to settle the deer in a grove that could be supervised and that had a steadily flowing river nearby.

They chose the area of Kziv River in the Western Galilee in the north of the country.

“They went for the safest bet,” Dolev explains. “Today, 24 years later, the population is there. For the past decade or decade and a half, there’s been a reintroduction of more and more individuals from the breeding stock, 10 or more individuals every year.” 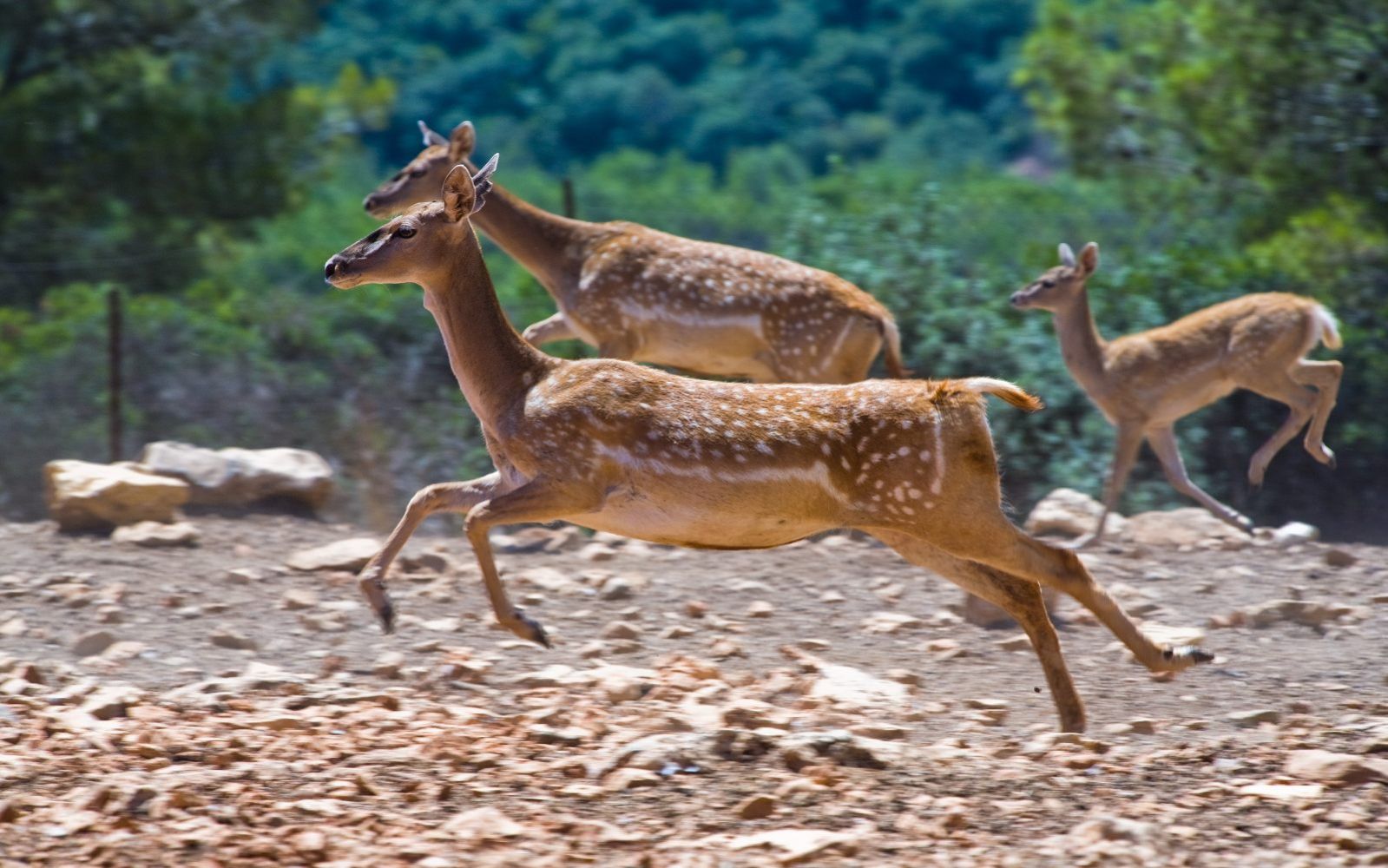 In recent years, deer were also reintroduced to the Carmel region and the Sorek area near Jerusalem. They are still considered a critically endangered species.

The deer’s conservation success is reminiscent of that of the local ibex, which famously can be spotted around Ein Gedi near the Dead Sea.

Ibex were also in danger of extinction due to poaching, but a law passed in 1955 to protect wildlife greatly helped their numbers grow again. They are still not 100 percent safe, and nowadays the main danger they face is interaction with humans: they wander into communities where they get tangled in barbed wire or hurt by dogs, and are also harmed by visitors feeding them inappropriate food or garbage.

The INPA uses on-site cameras, tracking collars on some of deer and dung surveys to learn more about the freely roaming deer. According to a 2018-2019 survey of the deer reintroduced to the Western Galilee, the biggest threat was wolves.

Another difficulty facing the deer is roads. They can be killed in traffic or unable to expand their habitat because of roads blocking their movement. 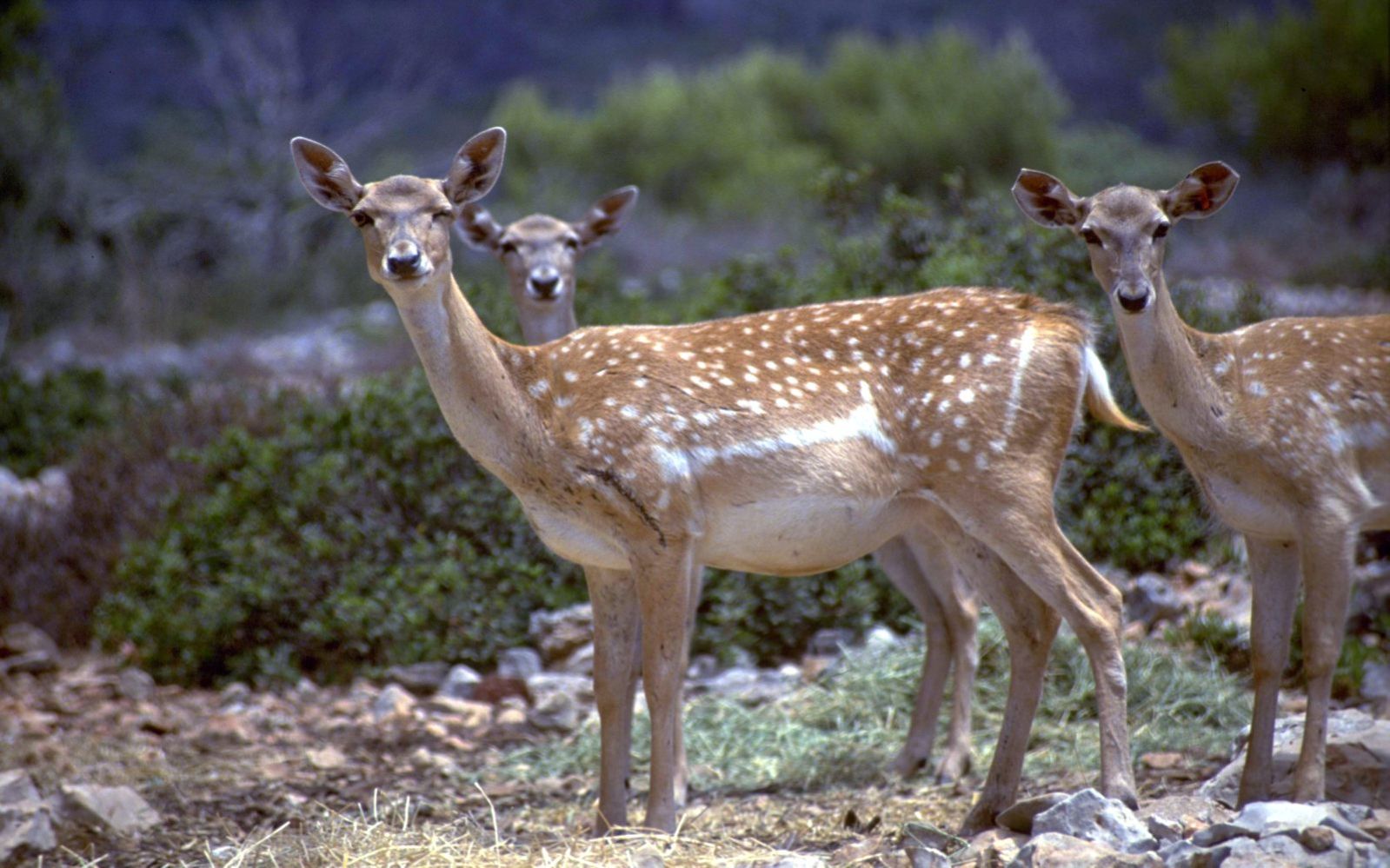 And yet, the efforts to reintroduce the deer to their ancestors’ habitat are ongoing.

“Beyond the desire to look after a special and beautiful animal, it has an ecological role,” Dolev explains. “It’s a wild animal that eats plants, and this process has great importance in the food chain.”

And, he adds, “It’s the only animal that naturally knows how to open up groves in areas that goats, sheep and cows don’t reach.”

Upcoming plans for the deer include reintroducing more individuals into the wild.

“We continue to reintroduce every year, and I expect that this upcoming winter we’ll reintroduce more Persian fallow deer, both female and male, to the Upper Galilee, the Carmel and Sorek,” Dolev says.

The goal, he says, is to establish a stable wild population and to use the example of the Persian fallow deer to highlight the importance of nature conservation.

Naama Barak is a writer at ISRAEL21c. A PhD student at the Hebrew University of Jerusalem, she loves all things history and politics. Food and fashion come a close second. Prior to joining ISRAEL21c, Naama worked for Israel’s leading English-language dailies and cutting-edge startups.