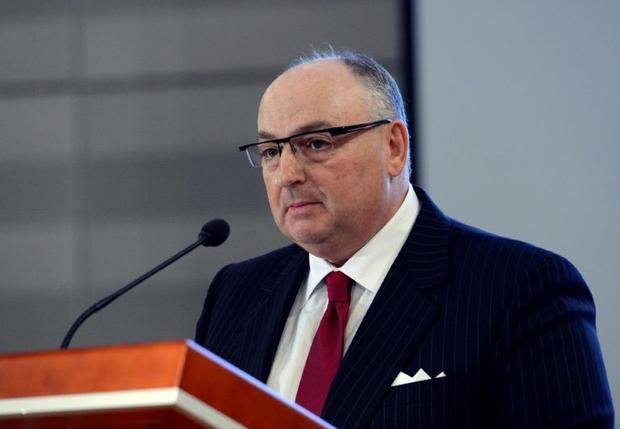 The European Jewish Congress expressed “grave concerns” Thursday over an increase in anti-Semitic acts in Poland under the rightwing Law and Justice government.

“There has been a distinct normalisation of antisemitism, racism and xenophobia in Poland recently and we hope that the Polish government will stem this hate and act forcefully against it,” EJC president Moshe Kantor said in a statement.

The group cited a proliferation of “fascist slogans” and unsettling remarks on social media and television, as well as the display of flags of the nationalist ONR group at state ceremonies.

Such incidents “appear to have coincided with the Polish government closing its communications with the official representatives of the Jewish community,” Kantor said.

According to the congress, it has been around a year since a senior Polish minister met with leaders of the Union of Jewish Communities in Poland, which represents the fewer than 10,000 people who belong to Jewish organisations in the country of 38 million people.

Poland was once home to Europe’s largest Jewish population, numbering around three million people, or 10 percent of the Polish population in 1939.

But only about 300,000 survived the Second World War after Nazi Germany occupied Poland and set up the death camp Auschwitz-Birkenau on its territory.

Earlier this year, University of Warsaw’s Centre for Research on Prejudice found that acceptance for anti-Semitic hate speech — especially among young Poles on the internet — had risen since 2014.

The study, released in January, found that 37 percent of those surveyed voiced negative attitudes towards Jews in 2016, up from 32 percent the previous year, while 56 percent said they would not accept a Jewish person in their family, an increase of nearly 10 percent from 2014.