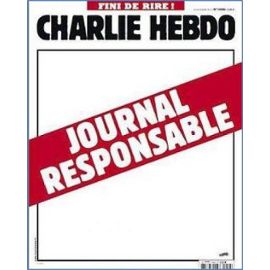 I can’t help but contribute a few comments here on the whole Charlie Hebdo incident, although it is probably too soon to get a good perspective on this.  Many around the World see this as a black and white issue: Do not kill men who exercise their freedom of expression on one hand, and do not ridicule an entire creed in the name of that freedom on the other hand.  In a recent article (Charlie Hebdo: Why Islam, Again? on eskeptic.com), Kenneth Krause brings up some interesting facts:

Judaism evolved (a theme of this blog), following the destruction of the second temple and in part through contact with greek philosophy.  The rise of Rabbinic Judaism resulted in a system of interpretations and traditions (including the Mishnah, the Talmud and oral law) that moved away from literal texts.  Temple rituals were replaced by prayers.

In Christianity, crusaders pillaged and killed many in the name of the religion.  In 1252, Pope Innocent IV authorized the use of torture in Inquisitions and in 1478 Pope Sixtus IV established the Spanish Inquisition…  The reformation and the age of reason finally put an end to religiously-sanctioned violence towards more peaceful endeavors.

Islam may need a similar revolution to officially move from literal to more conceptual interpretation of texts.  The Taliban and Boko Haram know that separation of Church and State, and secular education are some of the biggest threats to their extremist theology.  In the meantime, those who profile an entire religion like Charlie Hebdo will likely help rally the faithful and are likely to suffer the consequences.