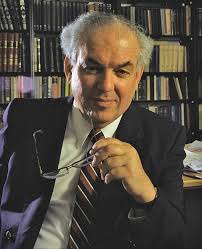 Where to start?  Perhaps with Rabbi David Hartman’s landmark 1992 essay “Auschwitz or Sinai?“.  What drives the Jewish people, and in particular, what drives their feelings towards Israel? In his essay, R. Hartman articulated the dichotomy between what he calls the Auschwitz model and the Sinai model.

The Sinai model, on the other hand, sees the role of Israel as fulfilling the covenant between God and the Jewish People at Sinai, namely to become a holy people by building a moral and just society.  This call for action is central to the Jewish DNA (more later on this) and to the religious and traditional system that has sustained the Jewish People over the years.   “Torah study is not a substitute for actual life”, says R. Hartman.  This is a purpose greater than establishing a country and a national identity.

Is preservation of the People as in the Auschwitz model a sufficient goal?  Can Sinai be attained from Diaspora, without a national identity, or is the State of Israel a necessary platform?

5 thoughts on “Auschwitz or Sinai?”